Balthali Trek is a short and easy trek situated 40 kms east of Kathmandu. Ideal for those having a limited time but yet want to experience bit of trek in Nepal. The trek is enjoyable, less crowded takes you to the Buddhist holy site, rural villages, rice fields, farm land and gets a chance to see the wonderful panoramic view of the Himalayas. Some of the great peaks you can see during this treks are Langtang, Ganesh Himal range, Manaslu, Dorje Lakpa, Gaurishankar and Everest on northern horizon.  Balthali trek is also excellent for nature lovers and bird watchers as the area is rich with flora and fauna.  Although the program is of 06 days but the actual trek is just 3 days the rest of the days will be spent visiting Kathmandu Valley and for arrival and departure

You will be warmly greeted by our representative at the Tribhuwan International Airport in Kathmandu upon your arrival.  Then we drive 32 kms to  Dhulikhel. After escorting to your designated hotel in the city you’ll be assisted in checking into your room. Before checking in, the timing and location for a short briefing session concerning your trip will be arranged. Overnight at the hotel.

Morning have breakfast with wonderful view of the Himalayas (weather permitting) then  start your hike to Namo Bouddha which is a spiritual center of Buddhist.  Hike will be for around 4 hours which goes through lovely local villages of Kavre, nice terraces with up and downs hills.  According to the Buddhist legend, Namobuddha is the place where the Buddha offered his body to a starving tigress so she could feed her cubs. It is the sacred place for Buddhists and many pilgrims come to visit this place. We will spent the night at Namo Buddha Resort which is an eco-friendly and famous for organic food.

Breakfast with some panoramic view of the Himalayas, then we will have another 4 hours pleasant walk to the village of Balthali through fields and orchards. You will have a great time walking through the farmland, villages belonging to different tribes and mountain views.

Today after breakfast, explore a typical Tamang village, Dada Gaun, where a Buddhist Community lives. It is very traditional and secluded from the modern world. Here people and animals live together side by side. We then walk to Pada Gaun (2100m), from where one can have tremendously excellent views of the whole Himalayan range to north horizon and beautiful green forest of Mahabharat.  After walk back to the resort have a lunch and then drive to Bhaktapur (1,401 m) which was once the capital of the entire valley. This Durbar (palace) Square is rich in traditional art, architecture and historical monuments. It is a conglomeration of pagoda and shikhara-style temples grouped around a fifty-five window palace of brick and wood. The square is one of the most charming architectural showpieces of the Valley as it highlights the ancient arts of Nepal.

Overnight at the Hotel in Kathmandu

Today after breakfast, we visit SWAYAMBUNATH Stupa, the Kathmandu’s oldest and the most important shrine.  The monuments mark the birth place of the Kathmandu Valley which later developed into the country of Nepal. The stupa represents Buddha’s mind. To visit a stupa is said to be the same as meeting a Buddha in person. It offers peace, freedom and joy to the whole world and ultimately helps us to obtain perfect enlightenment

Later we walk through typical local traditional Ason market to Thamel.  This is a central market square in the medieval quarter of Kathmandu Valley.  It is one of the oldest, busiest markets swarming with buyers and sellers.  Whereas Thamel is a center for tourist, it is distinguished by its narrow alleys crowded with various shops, restaurants, pubs, trekking gear shops and vendors. Also one can opt for lunch in GARDEN OF DREAMS, a neo classical historical garden situated in the midst of Kathmandu city, Nepal. The Garden was famous as the garden of Six Seasons which was created by late Field Marshal Kaiser Sumsher Rana (1892-1964) in early 1920.

Then later we head to the most holy Hindu temple of Nepal, PASHUPATINATH. This is a two tiered golden roof and silver door temple dedicated to a manifestation of Shiva called Pashupati (Lord of Animals). The exact date of foundation of the shrine is not known but the first historical records date from the 13th century. The site has sprawling collection of temples, ashrams, images and inscriptions raised over the centuries along the banks of the sacred Bagmati river. In the evening we can see the performing of the Arati. The Arati is an expression of one’s complete and unflinching love towards God. It is sung and performed with a deep sense of reverence, adoration, and meditative awareness. Overnight at the Hotel

Breakfast and then as per the flight schedule transfer to the airport for flight back home.

Trip map
Before booking a trip
US $ 870.-*
Book this package
Submit your review

Season: Oct till Dec & Mar till May

Season: Last Week of May 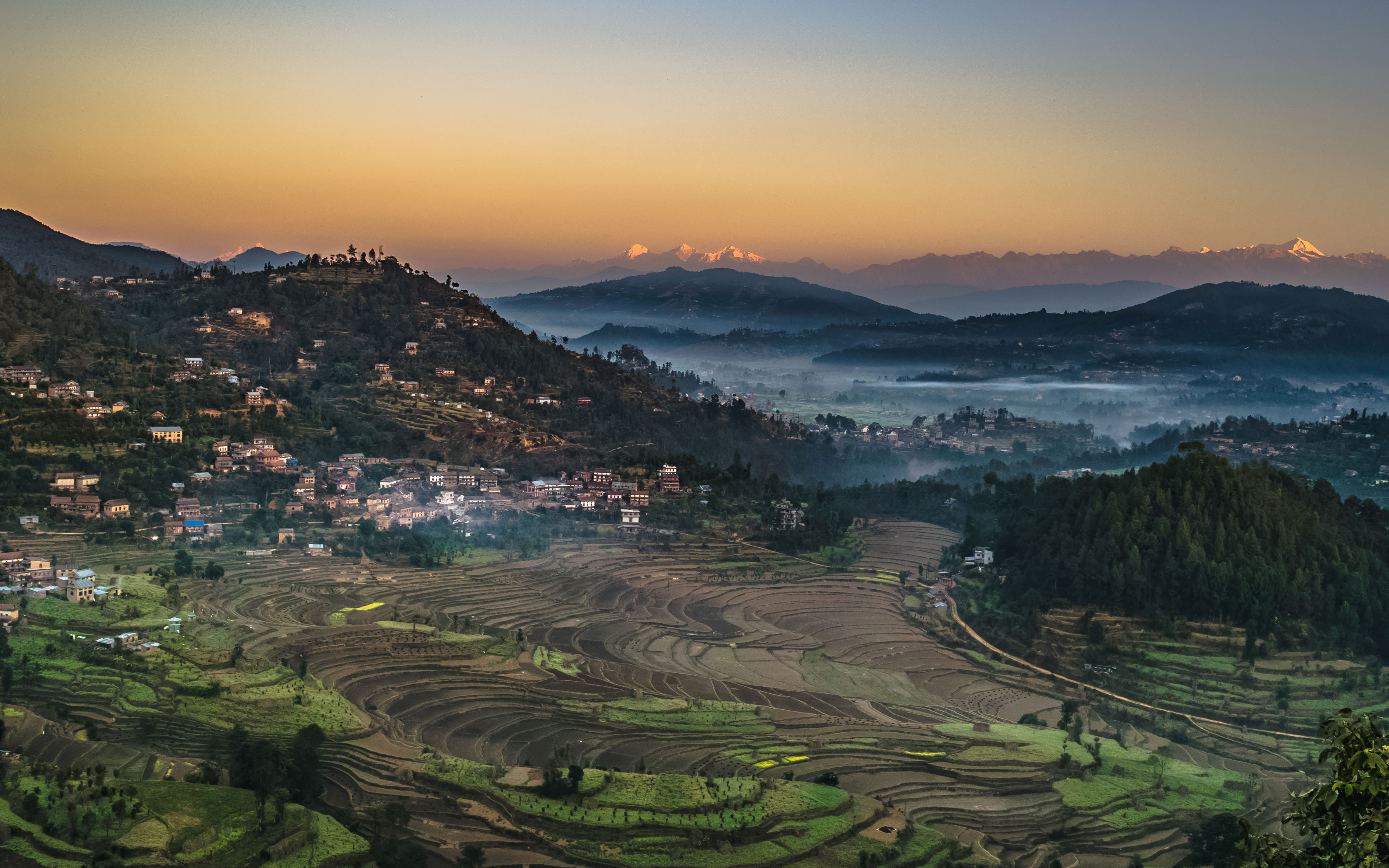 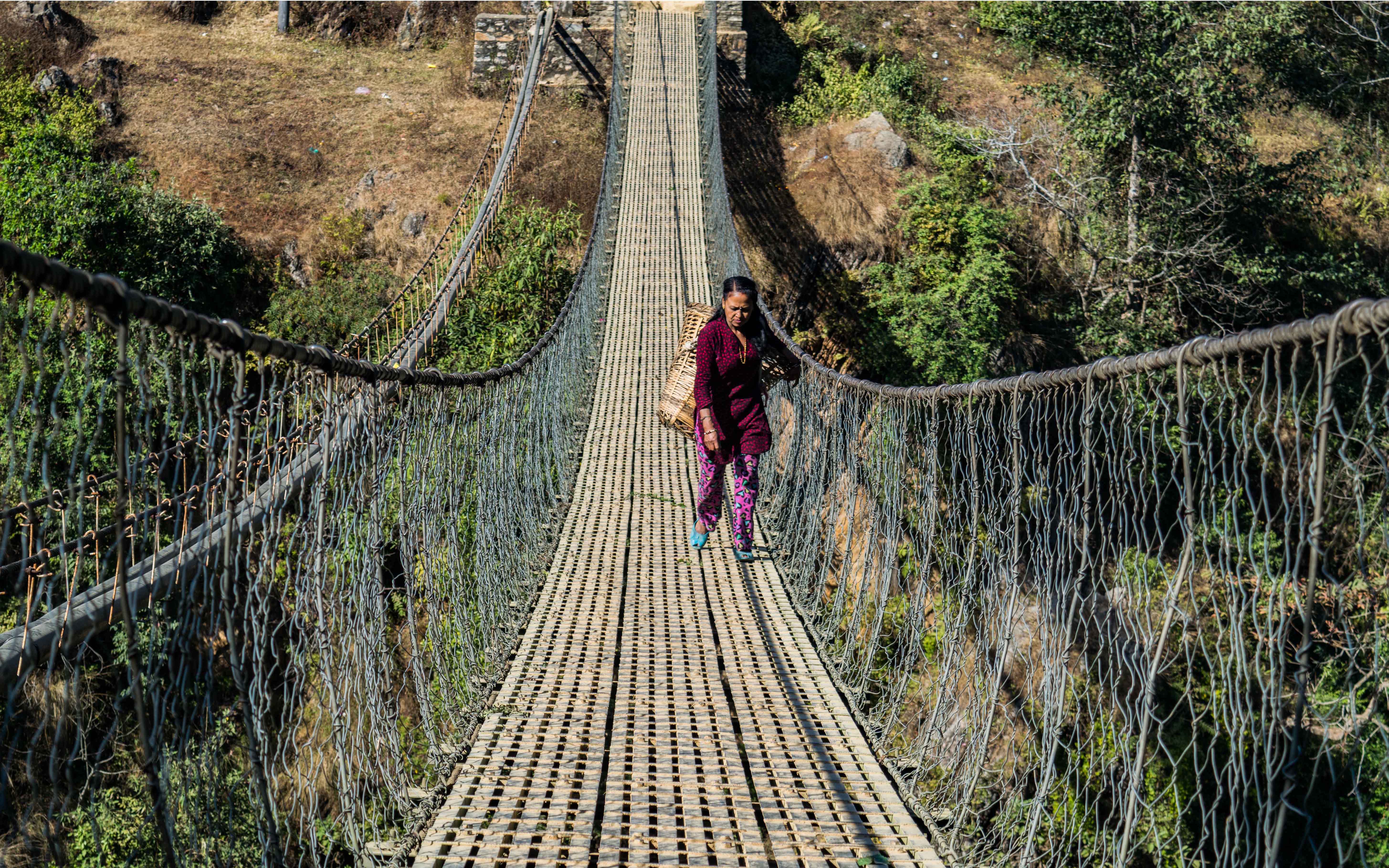 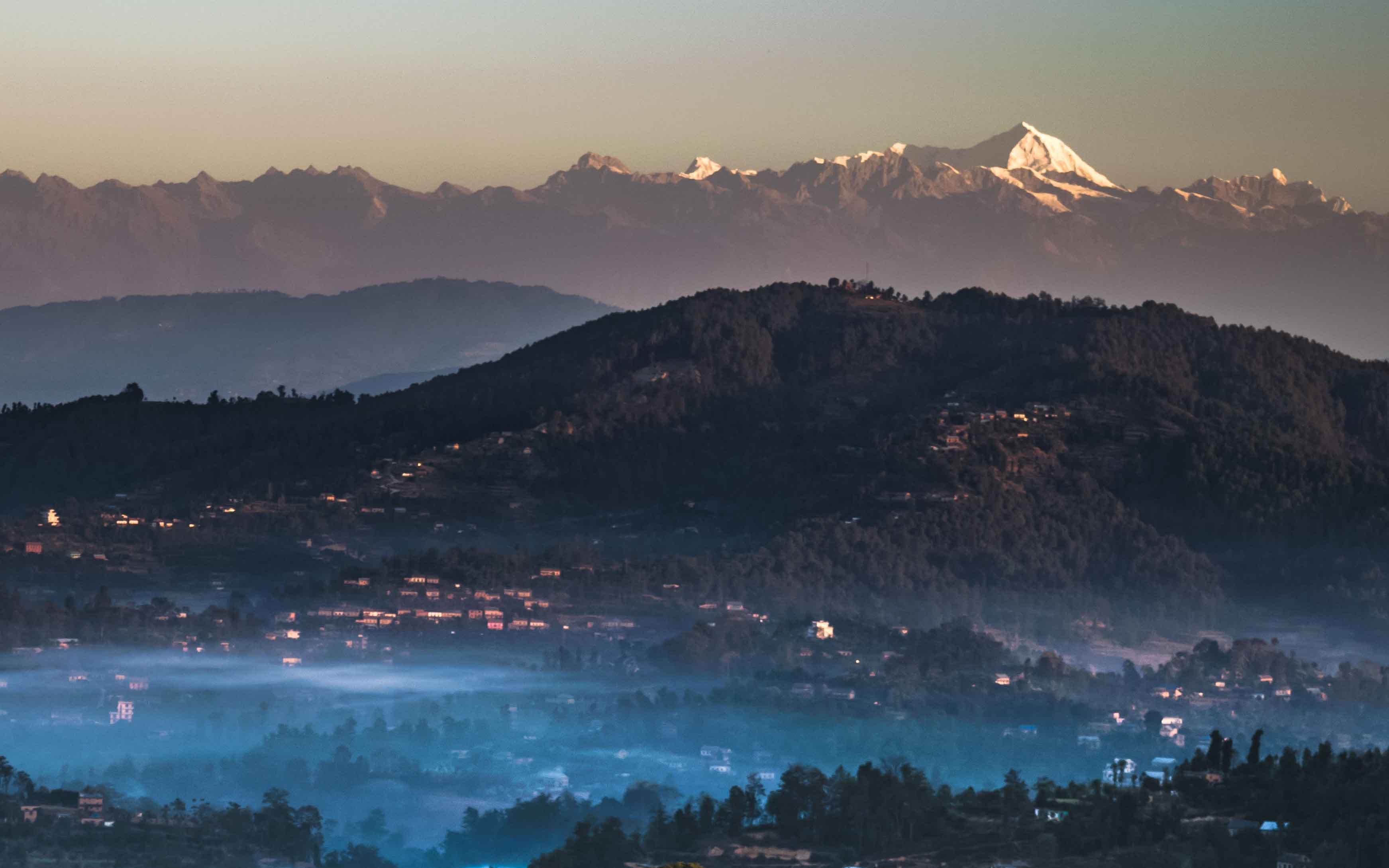 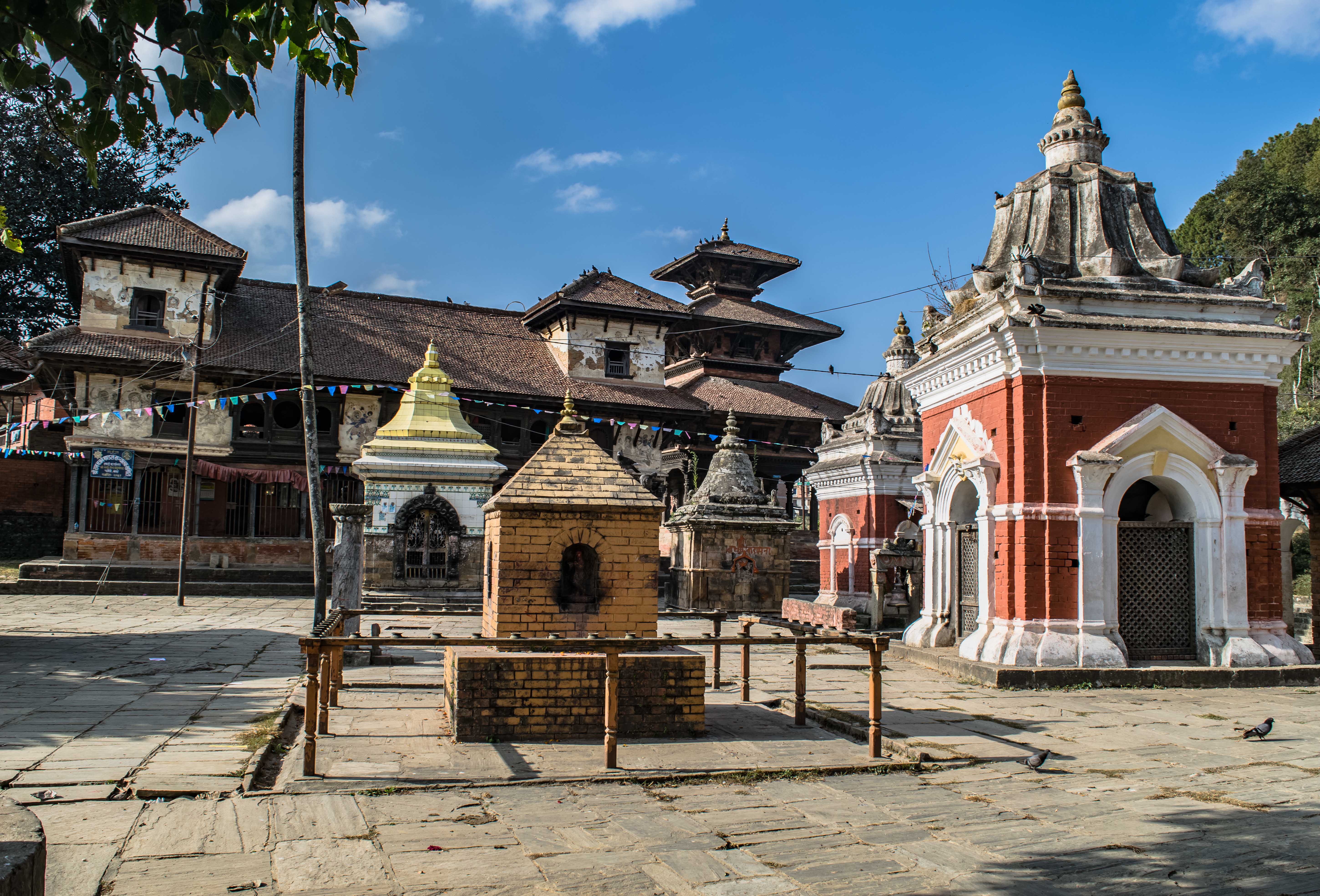 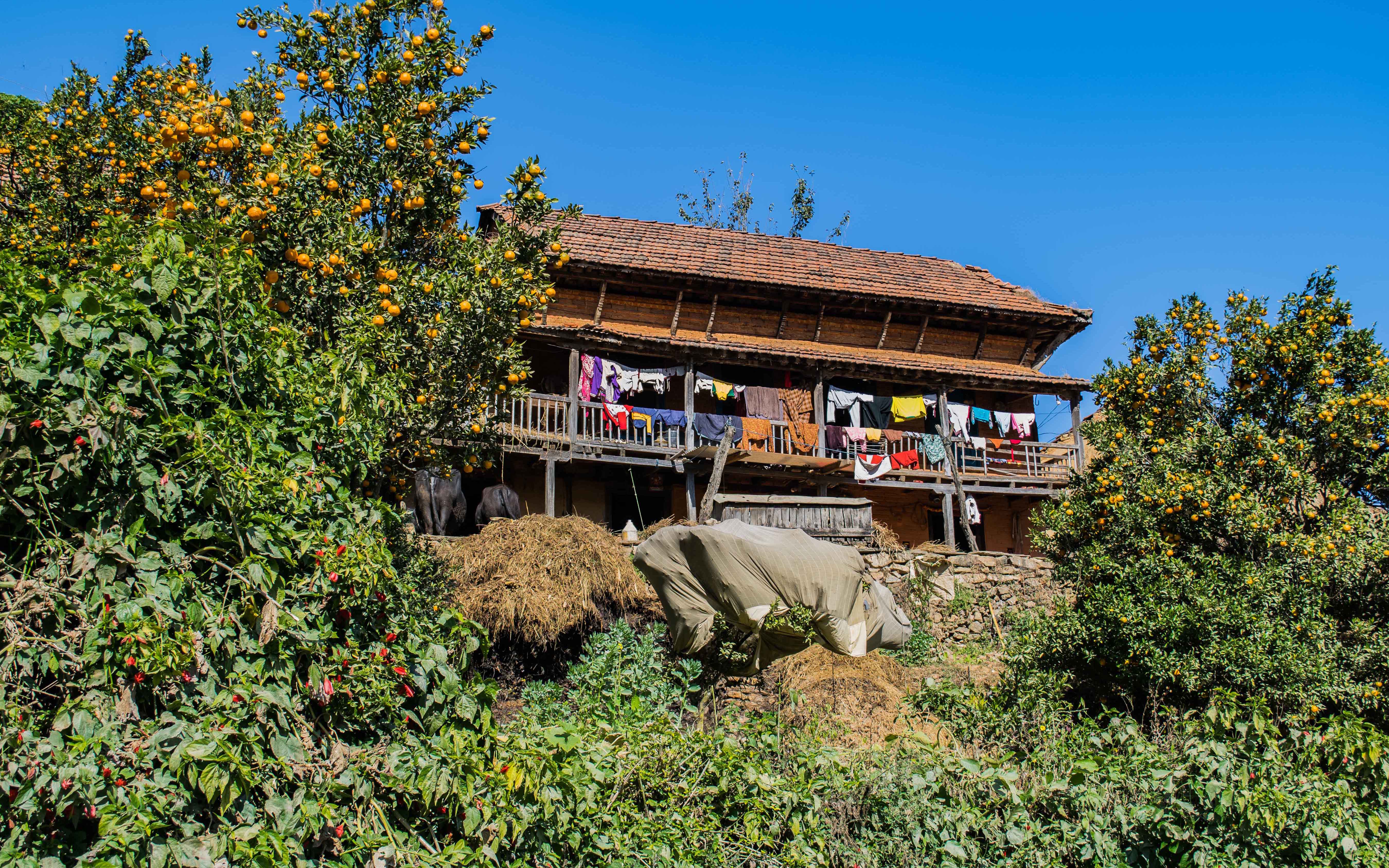